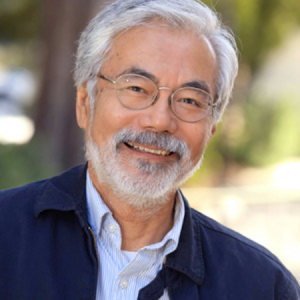 Professor Tsuneo Akaha passed away on November 17, 2021 after a sudden illness. He was a longtime international relations professor at the Middlebury Institute of International Studies at Monterey (MIIS) and became Emeritus Professor after retirement in 2020.

Professor Akaha played a vital role in ASPAC for nearly 30 years. He served as ASPAC President twice, from 1997 to 1999 and from 2013 to 2015. He also hosted ASPAC conferences at MIIS three times, in 1993, 2001, and 2013. Even when not serving as president or conference host, he worked tirelessly on the ASPAC executive board to ensure the smooth operations of annual conferences and other activities. In particular, he took special care of annual graduate student paper prizes by chairing the prize committee for many years.  He also served as a liaison between ASPAC and the Association for Asian Studies, which ASPAC is affiliated with, to promote communication and cooperation between the two. Professor Akaha’s dedicated contributions to ASPAC’s academic excellence and community building have been indispensable to the development of our organization.

As for his own research, Professor Akaha specialized in the international relations of East Asia, especially Japan, the United States, Russia, China, and North Korea, with a focus on economic integration, international security, ocean politics, and migration. He also examined Asia-Europe relations, most recently conducting research as a visiting scholar at Sciences Po Bordeaux in France. Professor Akaha published more than 10 authored and edited books, including Trump’s America and International Relations in the Indo-Pacific, published a few months before his passing, and The U.S.-Japan Alliance: Balancing Soft and Hard Power in East Asia, which received a Masayoshi Ohira Memorial Award Special Prize. Professor Akaha was awarded grants and fellowships from a number of institutions including the Fulbright Foundation, Japan Foundation, U.S. Institute of Peace, Association for Asian Studies, Open Society Institute, and Freeman Foundation.

As a former exchange student through an AFS Study Abroad Program, Professor Akaha devoted himself to promoting international education and exchange. He established a student exchange program between his alma mater, Waseda University in Tokyo, Japan, and MIIS. At ASPAC, he always encouraged international students and scholars to participate in ASPAC conferences to promote knowledge sharing and cultural exchanges.

On a personal level, Professor Akaha was known for his extraordinary generosity. He would always put others first and lend a helping hand to whoever needed it. His kindness and integrity attracted many scholars and students from all over the world to work with him. He will be missed dearly.